Born on the edge of the Rio de la Plata, Ricardo leaves Uruguay during the dark hours of the dictatorship, carrying with him the sounds and rhythms with nuances of candombe and carnival, the melodies of bolero, jazz and rock of the years 70, also carries a dose of melancholy, rage and commitment that structure, even today, their relationship with the world and music.

His travels and musical encounters continue to enrich the horizons of his rhythms and melodies, Caribbean music, pop and other voices are mixed with the enriched influences of his compositions and interpretations.

The texts are also strong, demanding, committed, they tell the solitude of the artist, and the restless gaze on the world, a poetry that also leaves room for the voluptuousness of the moments of creation.

From Paris and his lights, he shares the scene and records as a leading singer and percussionist with many Latin music groups (Sabor, CKS, Sonando, Guarachando, Tango 9, Mango, etc.). She also accompanies artists from North and South America as percussionist and chorus girl.

In 2005, he recorded his first album under the title (De dos hemisferios) and the second in 2012 (Melodía en Menor) with a musical style affirmed in Latin Pop.

2012 is the year of the recording and tour of "MANOS", a more personal album that enters the "fusion" orientation in the center of its Latin pop inspiration."Hands", an echo to the posture of an influential assembler, a craftsman of sounds, of letters claimed by Ricardo. A manufacture in lace.

In 2017, the new project « Medanos » enhance the Pop-Rock rythms, the Ricardo’s musical freedom and the influences of the « Rio de la Plata ».

Ricardo invites us not only to enter his music, but also in a real, unreal world. Rhythms and words keep us suspended between sleep and earth. If we now say Ricardo Torres, we must say mixtures, encounters, diversity of influences, but also say rhythms, vitality, spirit as rigor, commitment, continuity. The timbre of honey of his voice, the precision of its placement, the pirouettes in its letters and the rhythms take us inside a magnificent wave of nostalgia and vitality. His music, is all that, in a great coherence, in a flow of emotions. 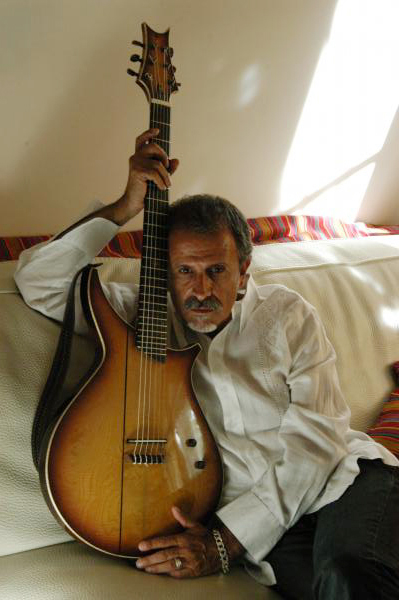